Jennifer Smolka, M.A. Translator > About me

Having grown up in a multicultural home, I discovered early on my passion for languages and especially for one question: how can you transfer contents from one language and culture to another in a context-oriented manner? My thirst for knowledge led me to study English, French and Russian languages and literatures.

Standing on this theoretical foundation, I became a target-oriented mediator between languages and cultures during an internship at the UN and as an administrative employee in internationally oriented wealth management firms in Geneva. From then on, I had found my passion for translation as well as my vocation. Having set myself on this course, in 2012 I founded my own company ‘Smolka Translations’.

In 2015, for love I moved my company domicile to Fribourg. There I not only found a partner for a joint research project on the topic of language and law, but this also allowed me to build my linguistic-cultural bridges directly over the language barrier between French-speaking Western and German-speaking Eastern Switzerland, which runs through the city. I also added to my multilingual competencies and knowledge of business processes by gaining a degree as qualified translator from HDS St. Gallen. In my leisure time, I like to play the piano, dance ballet and go hiking in the mountains. 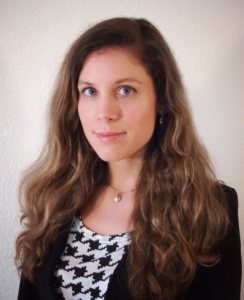